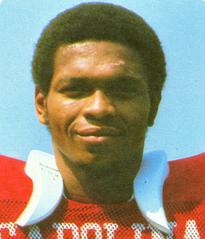 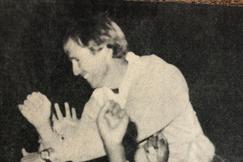 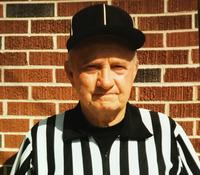 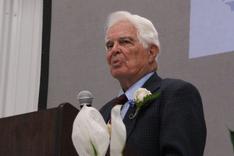 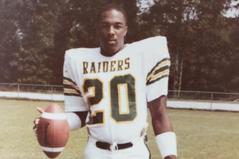 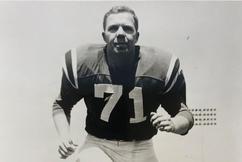 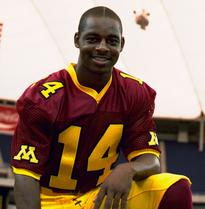 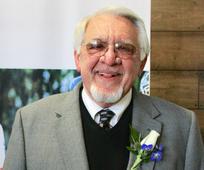 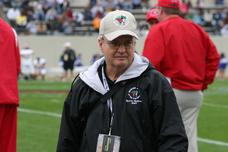 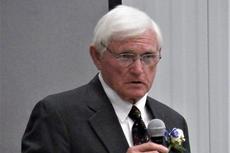 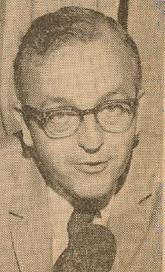 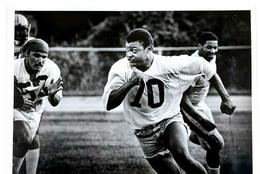 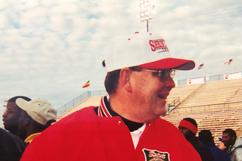 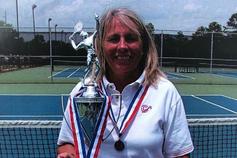 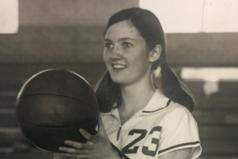 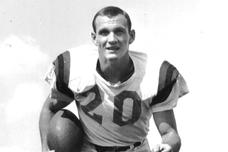 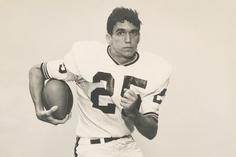 Members of the Laurens County Sports Hall of Fame 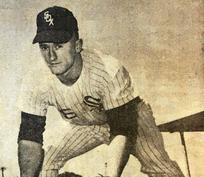 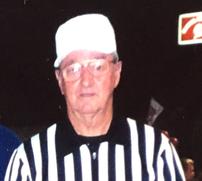 ​Keith Richardson was the head football coach at Clinton High School for 24 seasons. He coached Clinton to 239 victories, 57 defeats and two ties. The Red Devils won state championships in 1972, 1975, 1977, 1978, 1985 and 1987. From 1972 through 1978, a span of seven seasons, Clinton won four state championships and six upstate titles. Richardson stepped aside in 1992 and became executive secretary of the South Carolina High School Coaches Association.

Cally Gault coached the Presbyterian College Blue Hose football team for 22 years, spanning the seasons 1963 through 1984. As head coach at Presbyterian, Cally’s record was 127-101-7. After retiring, he led the athletic program as Presbyterian moved from the NAIA into the NCAA. As head coach of North Augusta High School, Gault won 42 games in a row from 1953-1957.

King Dixon lettered four years each in football, basketball, baseball and track at Laurens High School. He was a first-team high school All-America in 1954, MVP of the Shrine Bowl, and won the 100-yard dash in the state track meet. At the University of South Carolina, Dixon was All-ACC, second team All-America, team MVP for three years, played in the North-South Shrine Game in Miami and was selected as USC’s outstanding male graduate. He served his alma mater as Director of Athletics from 1988 to 1992, leading the Gamecocks’ entry into the Southeastern Conference.

Kevin Long was a standout running back at Clinton High School. Long went on the University of South Carolina and became the first player ever to rush for more than 1,000 yards. For his career in Columbia, Long rushed for 2,372 yards. He started 33 games for the New York Jets in the NFL, rushing for 2,190 yards and 25 touchdowns. Long also played in the USFL for the Chicago Blitz and the Arizona Wranglers.

C.E. “Chick” Galloway played shortstop for Connie Mack’s Philadelphia Athletics from 1919 through 1927 and finished his career with the Detroit Tigers in 1928. For three years’ running, 1922-24, Galloway was on the American League MVP ballot, then chosen from a list of players nominated by each team. In his best season, 1922, Galloway batted .324 with 83 runs scored, 185 hits and nine triples. He led the league in games played with 155.

J.D. Fuller started for three years on the football team at Clinton High School and anchored the defense of the 1977 and 1978 Class 3A state champions. Fuller came out of Cross Hill and Clinton High School to become one of the USC Gamecocks’ all-time greats. He was inducted into the USC Athletic Hall of Fame in 2011. At the conclusion of his career at Carolina, Fuller had made 405 tackles, the most in school history. He is one of only two Gamecock players ever to make more than 100 tackles in three different seasons.

Chrissy Floyd led Laurens District High School to Class 4A basketball state championships in 1998 and 1999 and a perfect 58-0 record. Floyd played at Clemson from 1999-2000 through 2002-03 and was named to the All-Atlantic Coast Conference women’s basketball team four times. She led the team in scoring every year. In her career, Floyd scored 1,937 points, second only in Clemson history to Barbara Kennedy-Dixon, the ACC’s all-time leader. She is 15th in ACC history and was named to the conference’s 50-Year Anniversary team.

Rickey Foggie led the Laurens Raiders to their first state championship in 1983 and went on to the University of Minnesota, where he started at quarterback for four years under head coaches Lou Holtz and John Gutekunst. Still regarded as one of the Golden Gophers' all-time greats, Foggie took Minnesota to two bowl games, including a 20-13 Independence Bowl victory over Clemson in 1985. He became a star in the Canadian Football League, quarterbacking championship teams in Toronto and Edmonton.​​

Considered by many to be Clinton High School's greatest all-around athletes, Kinard Littleton led the Red Devils to two state championships in baseball and led a football team to the state finals. He played in the minor leagues in the Cleveland Indians and Chicago White Sox organizations, but service in Vietnam hindered a shot at the big leagues. At CHS, he starred in baseball, football, basketball and track. He played in the Shrine Bowl and was named All-South in football.

Along with brother -- and fellow inductee -- Truman, Sam Owens formed half of the most distinguished officiating siblings in the history of the South Carolina High School League and, quite possibly, the country. Sam officiated basketball for 49 years, football for 43, baseball for 40 and softball for 19. He wrote a book on the history of Clinton and, as a boy, starred at Clinton High in baseball, basketball and track. At various times, Sam was president of state officials' associations in football and basketball.

Like his younger brother Sam, Truman Owens made a full-time job of officiating high school sports while dedicated a similar amount of time to the Clinton community. He has been honored in dozens of ways for both public service and dedication to the South Carolina High School League and tens of thousands of young athletes whose exploits he monitored and regulated. Truman served on Clinton City Council for 41 years while officiating for 57 years in basketball, 50 in football, 46 in baseball and 26 in softball.​

​​William Hill roared into the Presbyterian College athletic program from McKeesport, Pa., after a year at the University of Pittsburgh and two in the Marine Corps. He competed with distinction in football, track and basketball. Hill was a two-way starter for the Blue Hose and still holds the school record of 11 interceptions in a season. Hill played in the 1959 Tangerine Bowl for Presbyterian and two years in the Canadian Football League with the Edmonton Eskimos, returning to Clinton after his professional career.

Bill Hogan is a broadcasting pioneer who took sports on the airwaves to places it had never been during his time as owner of WLBG AM/FM in Laurens. A native of Minnesota and graduate of the University of Iowa, Hogan was the football and basketball play-by-play voice of Presbyterian College and Furman University. At one time, WLBG originated regular broadcasts of high school sports, small-college basketball and minor-league baseball. He was the first in South Carolina to originate a statewide scoreboard of high school football.

​Lonnie Pulley was a state champion at Laurens District High School, South Carolina Back of the Year, Shrine Bowl Co-MVP, All-American and a CIAA champion at Winston-Salem State. Pulley also played basketball and ran track for the Raiders. As an athlete, Pulley was feared for his prodigious ability but respected for his sportsmanship. His life has been dedicated to athletics and community service ever since he settled near Winston-Salem in Kernersville, N.C.

​Phil Rogers Jr. was a great young man who never got a chance to grow old. When the Clinton native graduated from Clemson in 1968, he was considered the finest receiver in the Tigers’ history. He once caught 11 passes in a game against North Carolina. Rogers was a leader in the Fellowship of Christian Athletes who played football on Saturday at Death Valley and piano on Sunday in church. He was only 27 when he died of a brain tumor in 1974.

​Before Clovis Simmons took over the Clinton High School tennis program in 1992, not many women coached boys at any level. For Simmons, there was never any obstacle involved. She began coaching both Red Devil boys and girls in 1991. Thanks to coaching two teams, she has won over 30 region and three state Coach of the Year awards, and Clinton success has been divided almost equally between boys and girls. Her 2000 boys’ team won the Class 3A state championship. She is a native of Blackshear, Ga., and a graduate of Georgia Southern University.

A native of Laurens, Buddy Jennings holds the distinction of being 1 of only 2 football head coaches to win a state title at Laurens District High School. Jennings’ teams earned 4 region titles at LDHS, and 2 4A Division State Championships at Laurens – 1983 & 1984.

A product of Laurens District High School and Presbyterian College, Shell Dula serves as the executive director of the South Carolina Athletic Coaches Association. Dula won six state championships and amassed 253 victories in his career. He is 1 of 2 coaches to win state championships at three different levels, including titles at Ninety Six, Union and Greenwood.

Ed Pitts played football for the Clinton Red Devils from 1952 to 1955. Pitts was a two-way starter in the 1955 Shrine Bowl, and SC Co-captain and two-way starter in the 1956 North-South Game. Pitts played tackle for the Gamecocks during the 1957-1959 seasons, earning All-ACC honors in 1958 and 1959. Pitts became director of the Gamecock Club at the University of South Carolina in 1962 and served in that capacity for 22 years.

Ann Parks led Ware Shoals basketball to back-to-back perfect seasons in 1968-69 and 1969-70 amassing 42 wins and 0 losses and two state championships. In her final season, she averaged 24 points, 20 rebounds and 7 assists per game. Parks scored 485 points in 1970, while her opponents managed a total of 484 points that same season. Parks coached at Clinton High School from 1974 to 1980. She was the South Carolina High School Basketball Coach of the Year in 1978-79.

Roy Walker played offensive and defensive tackle as part of the Clinton High School Football State Championship Team of 1975. The Red Devils were Upper-State champions the year before in 1974. Walker received All-State and All-Region honors at CHS. He was an NAIA All-American at Presbyterian College, winning the Jacobs Blocking Trophy for the State of South Carolina. Walker is widely considered one of the greatest players in PC history.